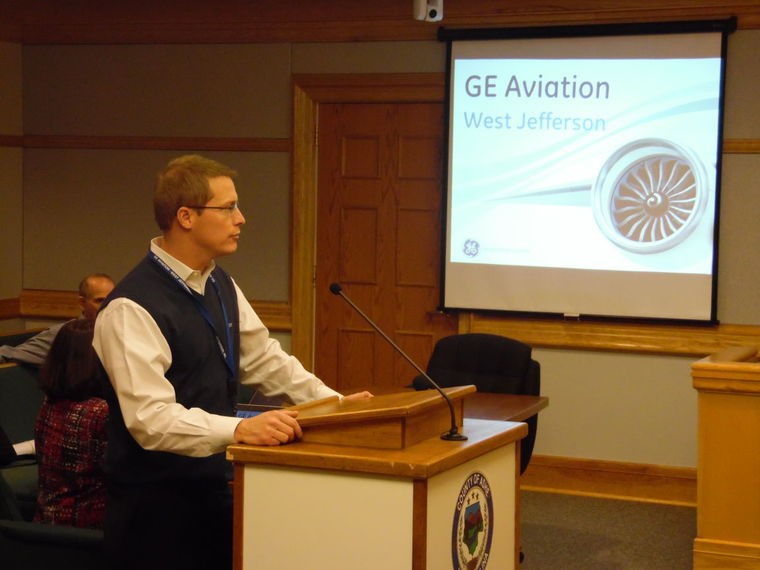 The Ashe County Board of Commissioners met on Monday, November 17th to discuss the expansion of GE Aviation.

During a presentation to the BOC, GE Aviation Plant Leader Tim Tucker said GE’s West Jefferson plant will add 105 hourly jobs and 21 salary jobs as part of the expansion.

Tucker said the expansion is due mainly to the development of the new LEAP engine, and the West Jefferson plant is one of 10 sites chosen for the expansion, out of 84 sites.

“Here’s the reason: We have what we call a high-performance team in West Jefferson, and until you come here and see it firsthand, you always wonder, ‘How’s that facility in North Carolina meeting their metrics every month, every quarter, every year?’” Tucker said. “This shop figures it out year after year, and they’ve done this since 2008.”

Tucker said this high level of productivity is due largely to the maturity of the Ashe County workforce.

Also, according to Tucker, the West Jefferson facility will almost double in square footage by the completion of the expansion.

GE Aviation will begin taking applications for the expansion on Dec. 1, and continue through January 2015. New employees will be added to GE’s workforce gradually beginning on April 1.

“Beginning next year, we’re going to bring in 15 employees every quarter, until we reach the 105 hourly people and 21 salary people,” Tucker said.

As part of the application process, applicants will need to pass two “toll gates,” and will participate in a week of training. Also, Tucker said in other areas, applicants took part in group exercises to test their teamwork, a process that could be applicable in Ashe County.

“What that drives is, ‘Can you work in a team environment, and can you make it under time pressure?’” Tucker said.

To find more information or to apply, visit:  https://geaviation.selectrakonline.com/recruitment/Recruit.aspx

Following the presentation, members of the Ashe County BOC expressed their appreciation to GE Aviation.

“We feel very blessed to have GE here in Ashe County, and I’m very proud of our workforce,” said Ashe County Commissioner William Sands. “We appreciate that and appreciate you.”

The original article from the Ashe Mountain Times can be viewed here.

“AEV was started in Ashe County in 1990, and is the leading manufacturer of ambulances in the U.S.&#160;Our rapid growth and success to a large extent can be attributed to our workforce and local environment.&#160;Our customers come from all over the country as well as several foreign countries. Without exception, they are amazed at the capabilities and products of our world class manufacturing operation that is born and bred in Ashe County.”
Randy Hanson, President & CEO of American Emergency Vehicles